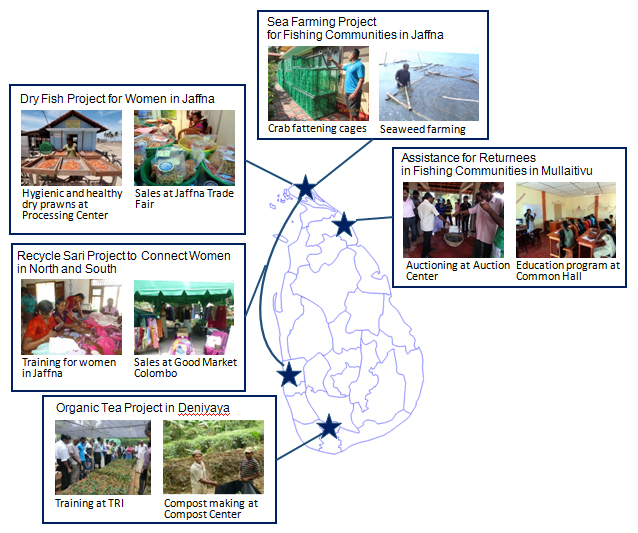 The Jaffna peninsula, located at the northern end of Sri Lanka, prospered as a base of the fishing industry. However, as a result of the two-decade-long civil war, most of the basic infrastructure of the fisheries industry was catastrophically damaged. From 2004, PARCIC has been working to help the fisherfolk in Jaffna rebuild their lives.

Since 2011, small scale tea farmers in Deniyaya, Matara District, South Province, next to Sinharaja forest have been challenging to make the organic tea with our support. This project aims to 1. reduce tea small holders’ vulnerabilities in their livelihood with organic tea which can be sold in broader markets with organic premium, 2. to protect the regional environment, especially Sinharaja forest which has been damaged by expansion of tea cultivation and chemical input for tea farming, and 3. reduce the health risk of consumers and farmers by chemical input.