Living together with people of overseas origins

Building an inclusive society in Japan with people of overseas origins

The number of residents in Japan with foreign nationalities and/or origins is increasing annually. Many of them are experiencing difficulties in everyday life due to a lack of connections with local communities. More than 6% of the population of Tokyo are those of overseas origins, meaning that we meet them as neighbors on daily basis. We, however, cannot forget a tragedy involving one of these people, the death of Ms. Wishma Sandamari, a Sri Lankan, who was detained and passed away in an Immigration Office facility in March, 2021, after complaining of ill health but not receiving proper treatment. This tragedy has been perceived as a shocking incident in the Japanese society as it symbolizes how difficult the situation is for many foreign nationalities and/or origins living in Japan, or how likely they are to fall into such the same situation.We believe that a society where people of overseas origins can a live safely and securely irrespective of language, culture and residential status, is a richer society with diversities in food and culture. To take part in the efforts to build an inclusive society where people support each other irrespective of their family origins, we launched a new program to provide assistance to residents with overseas origins who face difficulties especially under the Coronavirus infection in Japan.

Nowadays, people from a variety of foreign countries are working everywhere in Japan, convenience stores, care homes for the elderly, hospitals, restaurants and various other places. Graph 1 below shows the number of foreign residents in Japan. Up until 1989, the number of foreign residents was less than 1 million. It increased rapidly since the last decade of the 20th century, exceeding 1 million in 1990, 2million in 2005, and reached 2.93 million in 2019. The increase was three-fold in less than two decades. Japanese population, on the other hand, has decreased since December 2014. In 2019, 2.3% of total residents in Japan were those of foreign roots.

In Tokyo, the number of those with foreign roots also increased since around 1989. As of January 1, 2021, foreign residents accounted for 7.63% of the total population. Graph 2 shows the numbers of foreign residents registered under alien registration up to 2012 and those registered in the residents’ ledger since 2013, the year when the alien registration act was abolished. The actual number of foreigners living in Tokyo is likely to be larger than those as not all of them are registered in the ledger.

People who came from foreign countries such as Viet Nam, India and Nepal and live and work in Japan have also been affected by the Covid-19 pandemic. With the Declaration of Emergency State, many restaurants had to shorten business hours and those depending on office workers in business districts suddenly lost a large part of clientele. Several schemes of financial support including the Employment Adjustment Subsidy to pay salaries to furloughed employees have been introduced to help these small businesses continue operation, but the application procedures are very complicated. It has been reported that those who have no problems with reading and writing Japanese often have difficulties in going through the process successfully: some have failed in filling the forms correctly and others in collecting required attachments. It is easily suspected that applying for these schemes would be extremely difficult for those who are unable to read or write the Japanese language. We have heard of a case of a Nepali who used work in an Indian curry restaurant with a visa for a cook and lost the job: he took a new job at a farm and consequently lost the resident status.

The situation prompted PARCIC to launch a new program to help people of overseas origins solve problems they are faced in everyday life. The program is our contribution towards building a mature society where people of various backgrounds live together and develop a rich culture.

The program will be carried out with participation of about 20 volunteers. They will explore the issues together and develop activities as the program staff. We plan to have the Talk Café twice a month at Min-café, the community café we run in Katsushika ward, Tokyo. Katsushika ward has the 11th largest population of foreign residents among all municipalities in Japan.

We will also visit restaurants in Tokyo that specialize in various foreign dishes and interview the owners, workers and people of their communities to find out issues faced in their daily lives. We will then provide assistance they need including liaising with appropriate local government offices and accompanying them when they go there for some paper work. 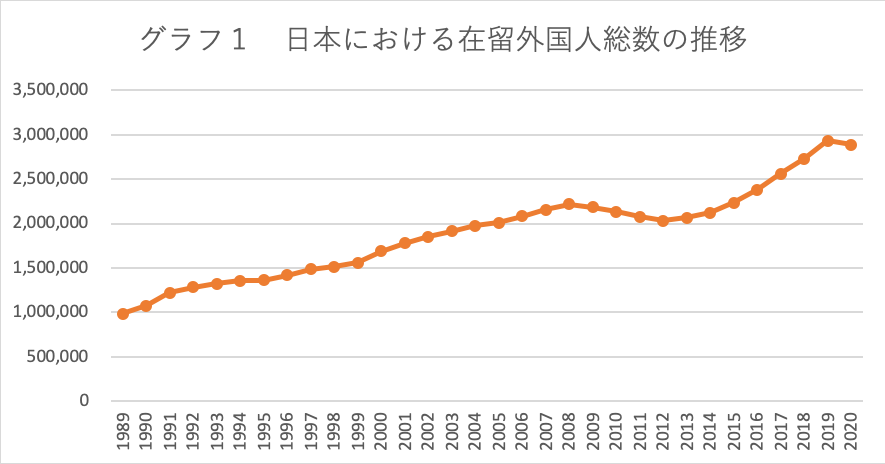