Waste is one of the most serious environmental problems in WB, given high negative impact on natural resources and human health. In April we launched the waste separation project in Asira aiming to form the recycle-oriented society through raising awareness toward the environment, recycling the waste, composting from organic waste, and promoting organic agriculture in Asira.

We started the project from the orientation meetings for shop owners, Asira Farmer Coop and Women Coop. Workshops at the summer camps followed later to foster a recycling culture at schools. Students discussed how to alleviate the environmental and social problems caused by waste.

This is the 5-year project. The first year of the project will address the waste separation with 20 shops, households and students in parallel with intensive trainings and meetings so that people can understand and get full image of the project and are ready to join the separation activity.

What occupies their mind the most is whether Parcic and Asira municipality would be able to continue the project monitoring. Generally, most projects in WB finish in a short period. Before the transition of a project administration to local sectors, project periods pass, ending up that only “resources” remain in a field without continuing an activity itself. Not to bring those results in the future, a close cooperation between Parcic, residents, municipality and farmers coop will be needed.

Waste segregation is not a Palestinian popular culture where all kinds of waste are thrown together and filled in a land. The most challenging part is not only to keep people motivated in waste separation but also to face the reality that waste separation industry in Palestine is not developed at all, which is one of main obstacles for the team to find alternative and reasonable solutions.

In the project, waste will be separated in 4 categories; organic waste, plastic bottle/ can/ glass bottle, plastic bags and paper/ carton. There is no such waste bin with colorful and user-friendly recycle symbols. Eventually we had to design the shape of windows, stickers and so on and order those special boxes to the supplier which took us more time to procure them than our expected schedule. After the long vacation of the Eid holiday, finally the boxes arrived from the factory. They will be delivered to the participants in the pilot area soon.

Now the construction of the compost center is almost finished, too. A machine for shredding and sieving compost will be installed in the compost center by the end of September. Little by little but steadily the project has been moving forward. 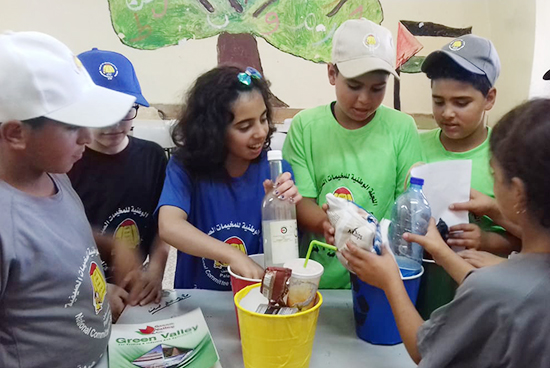 Children absorb the way of separation so quickly. 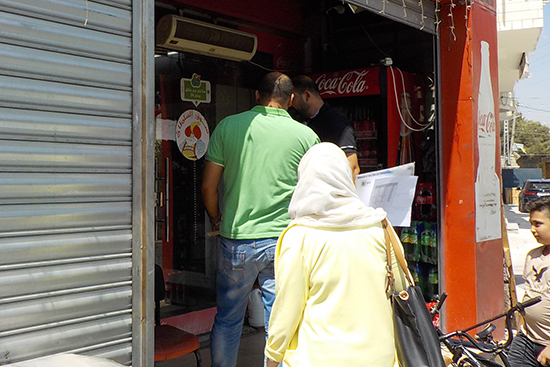 Visiting targeted shops at the pilot area. Most of them are willing to join, saying “Let’s make a difference!” 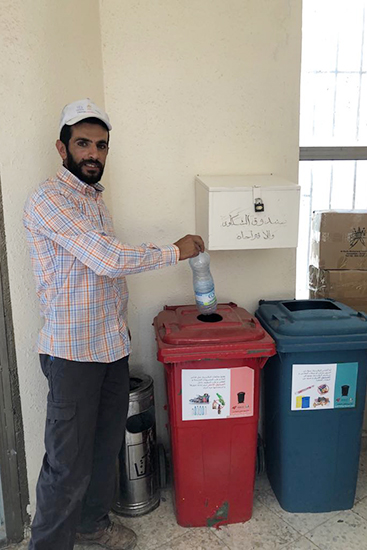 Each participant will recive one set of 4 color boxes. 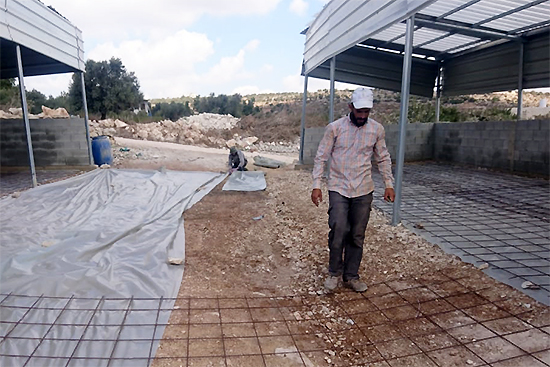 The worker installes concrete on the floor of the compost center. It will be completed soon!