PARCIC has been working with PIFWA, a Malaysia’s fishermen’s association since 2010 for conserving Mangrove trees through supporting their replanting activities. 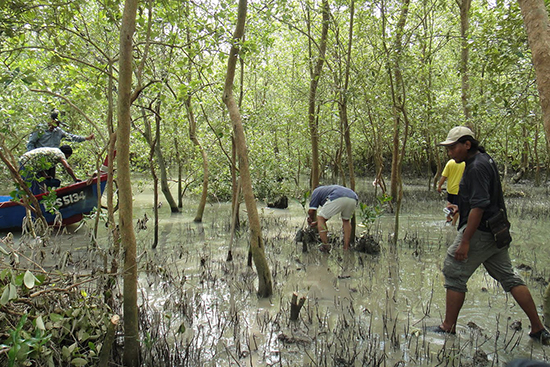 Manufacturing industry is a major industry in Penang, followed by commerce and tourism.

Trawl fisheries within 5 miles from the coast are banned in Malaysia. However, its weak enforcement lures illegal fishing in such rich coastal mangrove areas. In addition, with development of coastal areas and pollution caused by factories, fish catches have declined. Local fishermen shared a sense of danger and organized PIFWA to protest trawlers’ and to monitor those factories. Mangrove forests near Penang have been shrinking, because of wastewater from factories and households, expanding shrimp aquaculture, and coastal developments. PIFWA plants mangroves in hopes of rebuilding mangrove forests to protect coastal fishery resources. 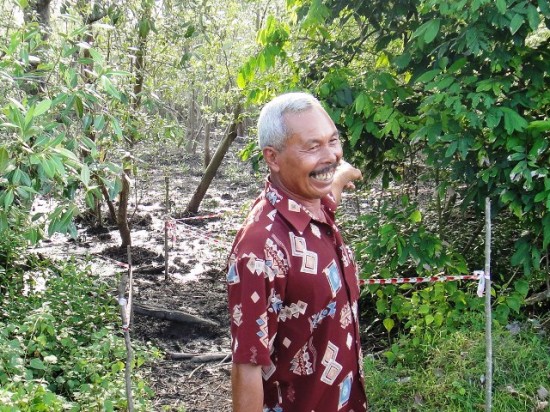 According to research by the government, 42.5% of fish catches in the western district of the peninsula side of Penang are from the mangrove forest areas. PIFWA members realized that mangrove plantation is the only solution for sustainable fishery. They have started planting mangroves since 1997. Malaysia has 641,000 hectares of mangrove forests in total. And most of them are situated in Sabah and Sarawak. Only 17% of those mangrove forests are located in Malay Peninsula. Every year, approximately 130 hectares of mangroves have been destroyed since 1966. Only 900 hectares remain at present. 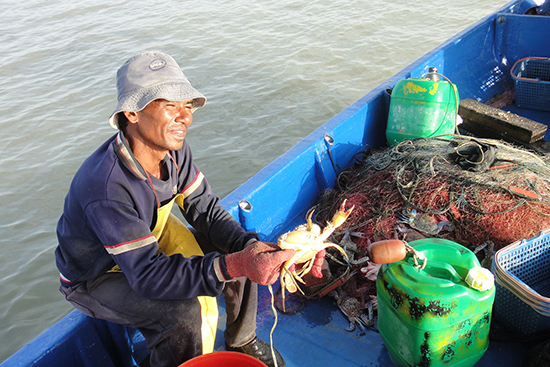 PIFWA has been planting about 16 million trees so far. With the participation of local schools and companies, PIFWA’s activities are now well known. PARCIC started its project by supporting PIFWA’s activities. In 2011, the Education Center was built to raise awareness of the importance of the preservation of mangrove forests to the people both inside and outside Malaysia. Integrity and understanding among the local community is necessary to encourage environmental protection. One of the PIFWA members hopes that many young people will visit to see their activities. In addition to supporting mangrove planting activities, PARCIC helps to facilitate exchange and cooperation between PIFWA members and local fishermen, and supports the Education Center’s activities. And PARCIC organize eco-tours to visit PIFWA every year.